As we enter into another Presidential Election, it seemed only fitting to review our approach to politics and people as followers of Christ.

Listen to the FULL EPISODE and a SUMMER ANNOUNCEMENT HERE

I’d also like to invite you to watch a sermon presented by our pastor, Gregg Chastain at Community Church of Sandy in Sandy, Oregon. We have recently started a series on the book of Daniel. It comes at a perfect time, as we as Christians find ourselves increasingly being marginalized and asked to conform to the world.

View the live stream of the sermon HERE

If you would like to help TRANSCRIBE our show or you have Pinterest expertise, please EMAIL ME.

Self-care is quite a little buzz phrase these days. We’ve all heard the term and use it to mean anything from taking a nap to going on vacation to spending quality time getting lost in a book.

But what does self-care for your marriage look like?

Matt and I sat down and compiled a list of 10 things we think qualify as marital self-care. While this is by no means an exhaustive list, we believe it covers some of the most important (and often overlooked) ways you can nurture your marriage and your spouse. Let’s face it, we could all use a little more tenderness in our lives and who better to give it than your spouse?

Listen, that was a LOT! The bottom line is this: if you are married, you are in it for the long haul. Wouldn’t it be better to do what you can to nurture your marriage and keep that spark alive rather than watch it burn out, having wasted time and energy on someone you “fell out of love” with?

You don’t fall out love. You let love go. You give up on love. The fact is, marriage is really, really hard. It takes courage and tenacity and dedication and sacrifice and a thousand other things. You never get to a point when you can simply coast.

If you took the next 2 months or so and focused on one of these tips at a time, adding a new one every week, you might just be surprised at how your attitude and heart have changed. Give it a try. What have you got to lose?

Turn on the television and chances are good that you’ll find a show with a father who is ignorant, incapable or simply a joke. Hollywood has a knack for making a mockery of one of the most important and influential roles any man can have. And we, as consumers, have quickly adapted and assumed that the men in our lives truly are incapable of most any task and are hardly worth listening to.

We have gone from the adage “Father knows best” to the attitude “Fathers don’t even matter.” We have relegated the role of Father as merely an afterthought. As if the contribution of sperm and a little DNA were all that men have to offer in their role as Parent.

This week, Matt and I sat down and shared some of the lessons our dads have each taught us. My own dad has been gone now for over 20 years, taken by a sudden heart attack in the middle of the night. We lived a couple states away at the time and the phone call I received from my mom at 3:00 a.m. is one I won’t soon forget. My dad’s death shook me to my core and honestly, nothing’s quite been the same ever since.

I only had 23 years with my dad. But those 23 years counted because he made them count. He invested in my brother and I and the boys he led in Scouts. He invested in the kids he taught at our high school and in our church’s Sunday School. He invested in his wife, my mom. He invested in his relationship with the God who saved him. And he lived that all out in front of us every day. He sometimes fell, but he was never too proud to admit his own shortcomings.

I could spend hundreds of pages writing down the lessons he taught me in those short years. He was a good, flawed, passionate man who loved God, his wife, and his kids.

Matt’s dad is still around, for which we are super grateful!

He, too, has loved God and his wife and kids well. He has shown himself to be loyal and disciplined and compassionate, a rock in the storm. And while he’s been a good model for Matt to look to, he’s also been a second dad to me. He’s shown his grace and love in a million ways over the years.

Matt and I recognize that we are exceedingly fortunate to have both been raised by godly, loving men, who were committed to their families. We understand that not everyone is that fortunate.

That being said, because we were both blessed to have a couple of good eggs for dads, we wanted to share with you some of the wisdom they shared with us.

Of course, the list could go on and on. This is just a fraction of the lessons our dads have taught us over the years. And I’m sure, as we continue to reflect on the men who helped raise and shape us and the ways they impacted our lives, more and more lessons will reveal themselves.

Driving home from dance class with my daughter tonight, we were talking about the importance of valuing people in our lives. She’s worried that she takes us, her mom, dad, and brother, for granted. She does. We all do. That’s what happens when you have someone in your life who’s just always there. They start to blend in with your surroundings. You don’t always notice the ways they add value to your life on a daily basis.

Suddenly, those smiles, the hugs, the laughter, the sage advice, and the off-color jokes, all crystalize and you understand how valuable and sacred that love is. It all comes into super sharp focus and all you want is one more chance to say “I love you.”

As you listen to this week’s episode, I trust that you will not only be challenged by some of the lessons we’re passing on, but also that you would consider the men in your own life, whether they’re your father or a father-figure, and the ways they have shaped and molded you. Would you take the time to put into words the value they’ve added to your life? Would you share that with them?

Dads are really important. And not just because they’re the best at telling Dad Jokes. Dads have a lot to offer if we give them half a chance.

Tell your dad you love him. I know he’d like to hear it. 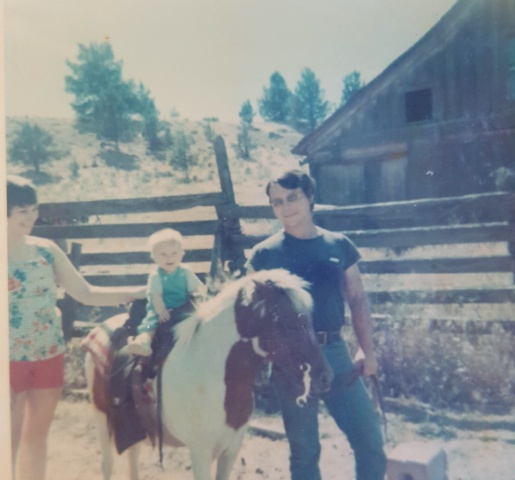 Me (Brandy) on my first pony ride with my mom and dad on either side. Circa 1975.

We get a look behind the curtain this week as Brandy sits down with Dottie Thorson, retired school teacher, and Pastor’s wife. Dottie shares the journey she and her husband took as they worked together to build a life of service, dedicated to sharing God’s love and grace with everyone along the way.

You’ll walk away with a couple of practical ways you can come alongside your pastor and offer support and encouragement.

Or you can email us directly at roadhometoyou@gmail.com. We’d love to hear about your pastor and the ways they have blessed and encouraged you! We’d love to read your stories on air!

You can also email us any questions, prayer requests, comments or show ideas.

WE LOVE HEARING FROM YOU!!!

Special thanks to James Swanson and James Page for their contribution to our theme song, The Long Road Home, written by Brandy J. Goebel. Copyright 2018.

This episode was recorded, edited and produced at 4G’s Studios in beautiful downtown Sandy, Oregon. 2019. All rights reserved. 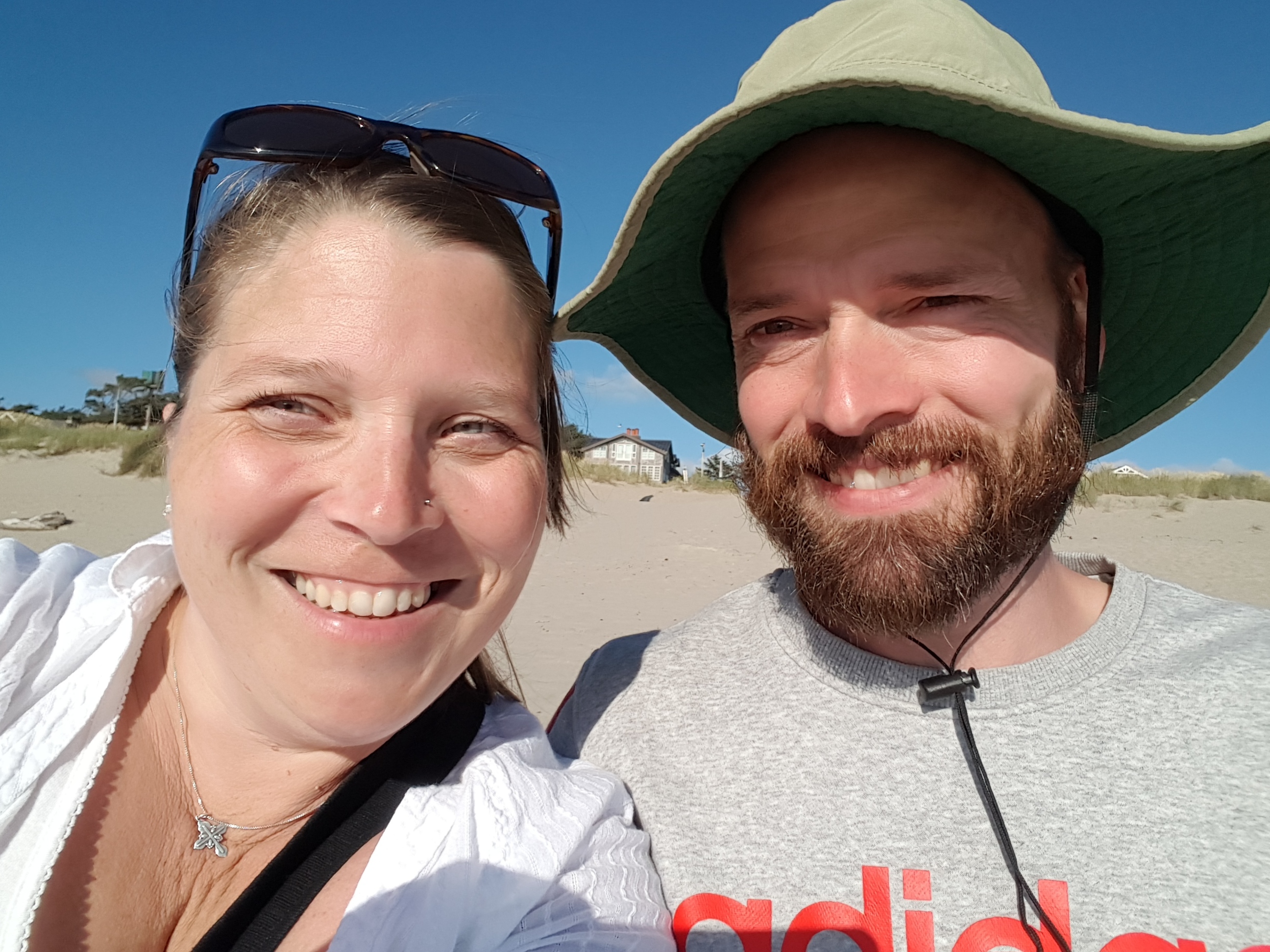